How do cannabinoids work

To date, a total of 26 plant cannabinoids and 12 endocannabinoids have been described that have an effect on any of 40 different receptors in our body. This list is certain to grow in the future and already offers hundreds or thousands of potential cannabinoid-receptor interactions, and thus of potential (therapeutic) effects. The vast majority of these interactions are modulatory in nature, follow a bell-shaped activation curve and have a high degree of cooperativity/are co-dependent on other processes. This has three important implications:

Without going deeper into the specific molecular function of cannabinoids, the endocannabinoid system generally functions to preserve biochemical balance in your body by controlling several of the most crucial feedback mechanisms in your body. The endocannabinoid system decides whether or not a cell divides, and as such is involved in cancer on the one hand and degenerative diseases on the other. endocannabinoids determine how much energy is available and how it is diverted. This ties in with cancer and metabolic disorders such as anorexia or obesity. endocannabinoids keep tight control of brain activity, thus shielding it from hyperactivity/seizures and other neurological disorders such as Migraine, depression and anxiety. Finally, endocannabinoids regulate self-recognition and thereby protect the body from self-degradation/auto-immune disease such as irritable bowel syndrome or Multiple Sclerosis.

Our goal is to map every component of the cannabinoid system, their function in normal physiology and their therapeutic potential. Via our website, we will inform the public of current scientific advancements and our ongoing research. We will formulate our products according to the latest clinical and pre-clinical data and tailored to specific uses or diseases. 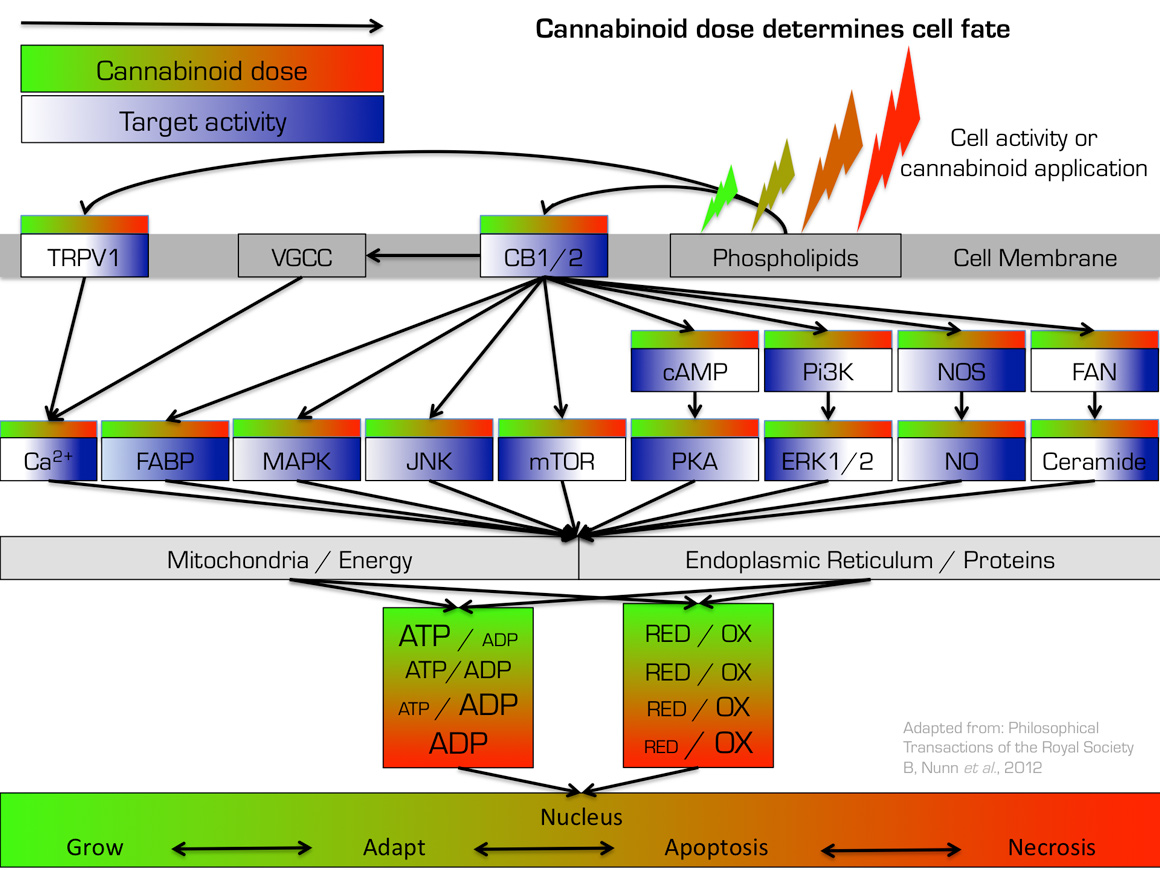