cannabinoids form a group of compounds within the chemical super family of terpenes. Terpenes are essentially multiples of a building block called isoprene. Two isoprene units form monoterpenes, which we know best as essential oils such as menthol. Four isoprene units form diterpenes such as cannabinoids or vitamin A. Triterpenes form the building blocks for cholesterol, sex- and stress hormones. Adding more isoprene units will increase rigidity until eventually poly-isoprene, or latex, is formed. 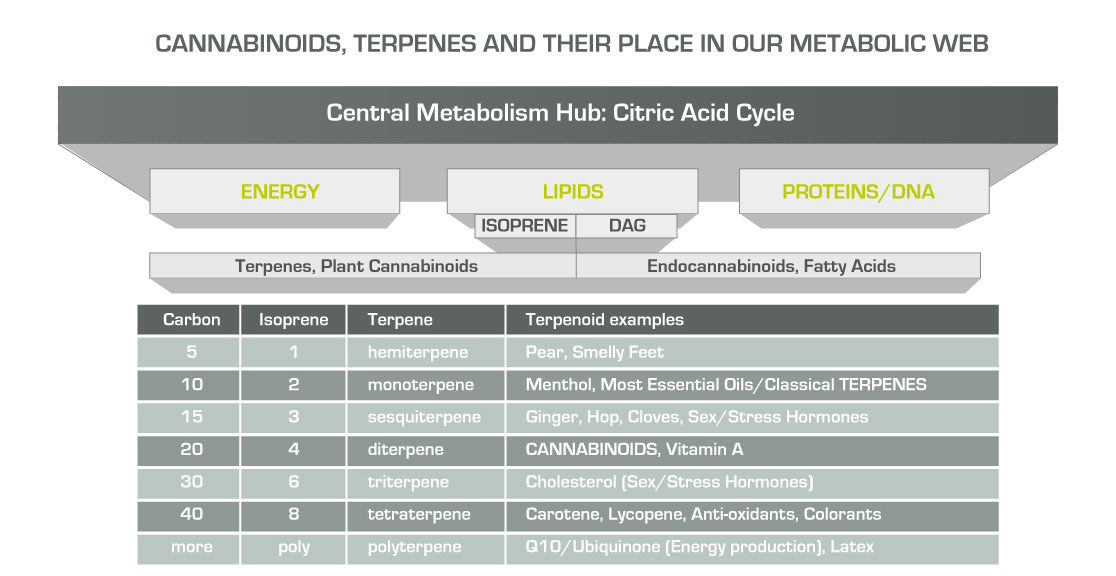